BACK TO ALL NEWS

The project lasts 73 days, launched on 7 July and finished on 5 Sept respectively. 11712 pcs solar panels (CE-260P60 made by Centro Energy) are installed for the project, which totally has three parts: steel structural car shed with 150KW solar system, concrete roof with 2605KW and color steel tile roof with 245KW. The direct current is changed into alternative current through series inverter, and then flows into combiner box, and finally package transformer upgrades the voltage up to 10KV with two lines, which are connected with distribution room.

In last two months, Centro Energy project team with tenacious spirits challenged their limits, survived summer heat waves, and was accelerating the project progress till to successful grid connection on 20 September, which marked that 3MW distributed power project was completed.

The 3MW project is expected to generate about 79.5 million Kwh in 25 years and the average annual power generation is around 3.18 million kWh. As per 344g / kW • h the standard coal consumption of the coal-fired power plant, the annual savings for the national standard coal could be 1049.4t; according to the thermal power coal consumption (standard) 1.4Kg / kW • h, it could reduce greenhouse gas (CO2) emissions around 4451t. 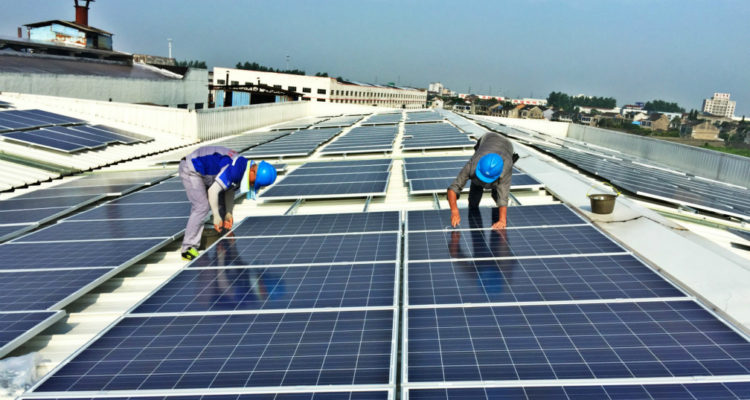